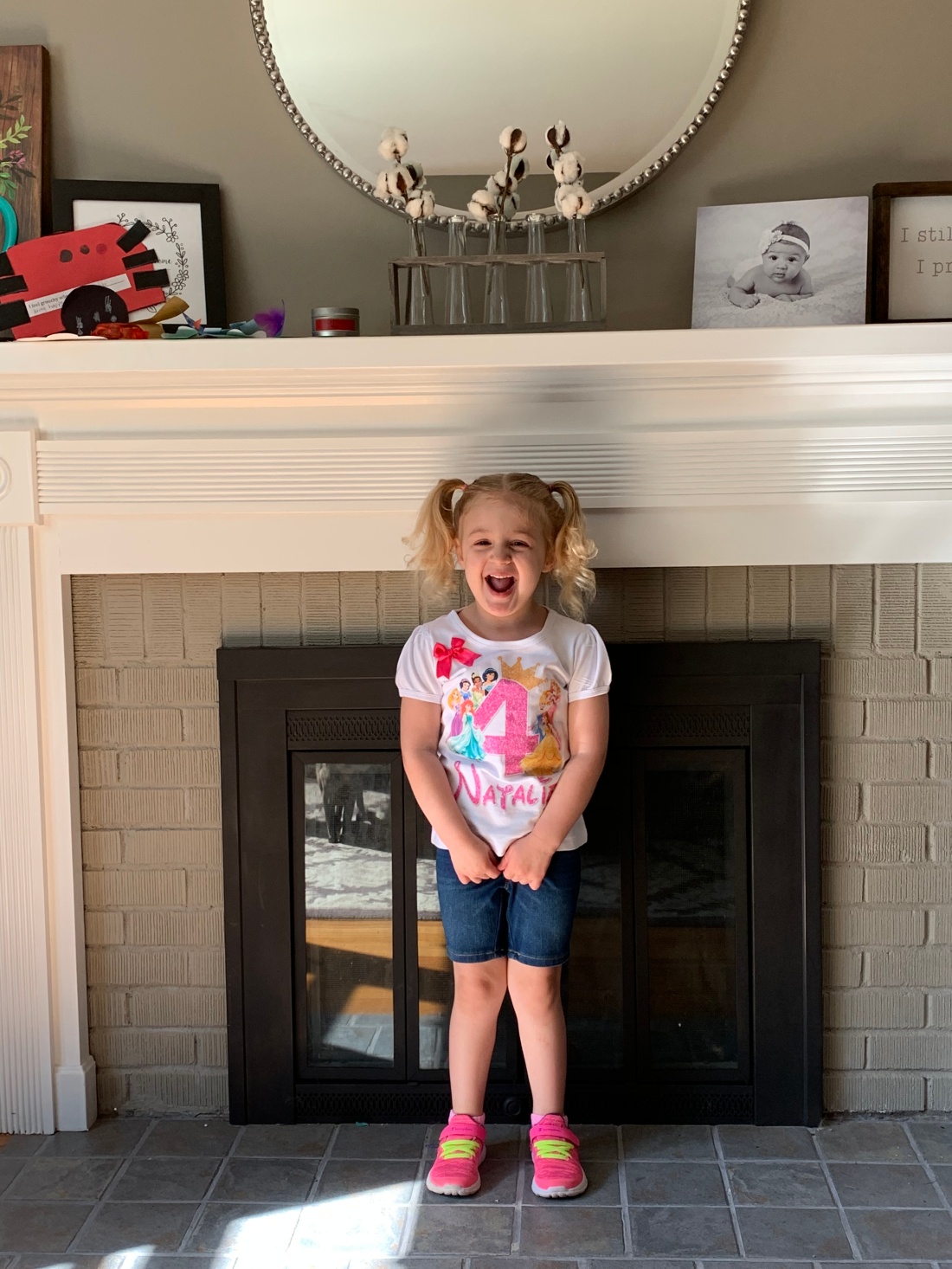 Like millions of other parents, I have thought numerous times over the past few days “Where did the time go?” Yes, it’s a cliche, but it’s true–the years have just whizzed by.

For Natalie, her birthday is about presents and cake and fun–as it should be. But for me, her birthday is not only a joyful celebration of the day she came into my life and the amazing person she is becoming, but also marks the beginning of a 10 day period each year where I relive the darkest time of my life just after her birth when I didn’t know whether or not she was going to live.

This achy, anxious feeling will be familiar to people who have lost loved ones. It’s like a muscle memory; even when you haven’t looked at a calendar, you feel the anniversary coming and the sadness creeping up on you. No amount of Reiki has ever been able to remove this from my body. It gets a little better every year, but it’s always there. Unlike the past 4 years, those 10 days felt like an eternity.

Your daughter is jaundiced. Your daughter’s blood won’t clot. We’re sending your daughter to Brigham & Women’s because she might have a blood clotting disorder* and is very ill.

I’ve held my baby once. My husband follows the ambulance with Natalie in it into Boston. I’m checking myself out of the hospital two days after having a c-section to go in as well. My mother has to drive because I haven’t been cleared after surgery to drive yet.

I’m a germaphobe. Now I’m in a hospital 18 hours out of the day with my child, going home only to sleep for a couple hours and shower. Test after test after test on my daughter. My mother and my husband are the only people I talk to other than nurses and doctors. The three of us are together non-stop day in, day out.

I go home every night without my baby and go into her nursery and wonder if she will ever see it.

Hepatologists from Boston Children’s come across the bridge to Brigham & Women’s. She might have neonatal hemachromatosis.* Blood transfusions. Her liver can regenerate itself. We don’t want her to have a brain bleed. IVIG treatments.

Nothing works. She needs to be put on the transplant list.

My beautiful girl has wires all over her and is being poked and prodded constantly. The noises in the NICU never stop. Alarms always going off. They don’t have diapers that fit her because she is 9 lbs 3.5 oz and they have never had such a big baby in the NICU before.

I get to hold her once in Brigham & Women’s. Then it’s back to the isolette.

It’s getting worse.  Her liver numbers are not going in the right direction.

She has been alive 4 days. She’s being transferred to Boston Children’s. We walk across the bridge with her.

Somewhere in this timeline my milk comes in. I’m not allowed to breastfeed her. It’s  excrutiating, even moreso because I don’t have my baby with me. Instead, I go home at night and put cabbage leaves on my breasts to help with the pain.

We meet with the transplant team. Transplant coordinator. Surgeon. Financial counselor. Nurses. Pharmacist. Social worker. I cry because she won’t be able to swim in lakes, or eat sushi or unpasteurized cheese, not fully grasping the magnitude of what is going on or believing it’s really happening.

My husband gets tested to be a living donor. He’s a match. He has to confirm that he hasn’t been coerced into giving part of his liver to his daughter as part of his evaluation.

A central line is put in my baby’s tiny neck so they can take blood.

She’s 7 days old. They schedule her surgery for day 12. My husband will give her part of his liver. If she doesn’t have a brain bleed before then.

Day 8. I get to change her diaper for the first time. I wonder if I will ever get to do it again. I long to change diapers.

Day 9. We get to hold her most of the day. It’s Father’s Day but I won’t relinquish her the majority of the time to my husband. I read her Charlotte’s Web. My friend visits and gives us a Mary figurine. We go home and pray.

Day 10. My mother sits with Natalie while we meet with the pharmacist to go over the drug regime she will have to be on after her surgery. We come out and my mother tells me the surgeon was looking for us. The nurses are bustling.

There is a whole liver from a deceased donor. It’s coming tonight. She’s going into surgery.

We say goodbye to her. The anesthesiologist tells me: “She is my daughter tonight.”

We have dinner. We wait. The surgery starts at 11. My husband sleeps a few hours in one of the family rooms at Children’s. My mother and I are awake until 4 am on couches in the waiting room when the call comes.

It was a success.

It was a success.

We see her a few hours after the surgery is complete.

She is pink, not olive. I didn’t realize until now that she had fair skin. She is covered in wires and tubes and bandages. Her incision is still open because her body is too tiny for the liver still. They pump her with fluids to try to stretch out her skin. It takes two more surgeries before they can close it all the way.

She heals. She is healthy. She doesn’t reject her liver. She has very few complications. She meets or exceeds all her first year milestones. She walks, she talks (a lot). She argues. She plays with the cats. She goes to preschool. She takes dance classes. She is a rock star. She is the love of my life.

One of the deals I made with myself, God/the universe/whoever was listening to me was to give back to Boston Children’s Hospital in some way for the rest of my life if Natalie lived. I didn’t know at the time that that would involve running marathons and raising money for BCH with the Miles for Miracles Team. Please consider making a donation to support my fundraising as I prepare to run the NYC Marathon in November by clicking here: Donate to Boston Children’s Hospital in honor of Natalie!

*She did not, ultimately, have a blood clotting disorder or neonatal hemachromatosis. After numerous tests, the best answer we have gotten is that it was a genetic fluke.